A brief history of university innovation 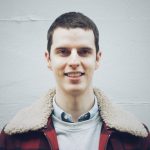 The purpose of higher education according to current consensus is defined by three distinct missions. First, and least controversially, universities must teach students. Second, they should conduct research. And, the so-called third ‘mission’ – they should strive to positively impact their local communities and wider society. What may not be so obvious is that these three goals chart the history of the western university model, with each evolving in sequence over decades. The establishments that began as training grounds for aristocratic young men in classical subjects are now open centres of learning and discovery, making active contributions to knowledge, the economy, and society. In this feature, ‘a brief history of university innovation’, we’ll look at three crucial turning points in this journey.

Oxford and Cambridge: A Break from Tradition

The earliest European universities had no mandate to create new knowledge at all. Long before the scientific revolution, medieval universities evolved from Catholic cathedral schools and were intended principally to train clergymen. By the 1300s, the rediscovered works of Aristotle and Roman law began to influence approaches to teaching, and the nascent university curriculum expanded to include the training of lawyers, civil servants, and physicians. Nevertheless, as halls of history and classical teaching, they sought to preserve and perpetuate accepted ideas.

That doesn’t sound so innovative?

Put simply, it wasn’t. Then, in the 18th century with the age of Enlightenment spreading across Europe, new thinkers began to challenge the status quo. In Britain, pioneers of the scientific method, including Robert Hooke and Robert Boyle at Oxford, and Issac Newton at Cambridge introduced experimentation and a host of new ideas at their respective institutions.

And the rest was history?

Not quite. Newton dramatically altered the course of history while holding the prestigious post of ‘Lucasian Professor’ at Cambridge University. But the wheels of change once turned slowly. After Newton, many scientists worked to advance their own theories about nature, paying little thought to the wider implications. Any attempt to find commercial applications for scientific knowledge was considered a betrayal of the discipline. It was science for the sake of science.

The UK was far from the only country grappling with the value of science in the 19th century. Over in mainland Europe, Germany sought to transform almost every aspect of government and the state after a catastrophic defeat at the hands of Napoleon’s armies in 1806. The resulting drive for modernisation saw sweeping reforms across the Prussian education system…

Was higher education included in the reforms?

As in the UK, German universities had historically been rooted in the dictation of classics. Humboldt sought to diversify these subjects by putting science at the heart of the curriculum. He argued that by the time a student reaches a university, the student ‘is no longer a pupil’, and the university teacher ‘is no longer a teacher.’ Instead, students would develop their own understanding and contribute to the discovery of new knowledge through independent research.

Sounds close to a modern university?

Indeed it does. Humboldt’s approach fundamentally changed higher education from further schooling to the active production of new ideas. Humboldt was in office for just a year, but his radical model had a lasting legacy. The Prussian approach to education saw laboratories join lecture halls as the foundations of universities, and the concept went on to influence university systems across the west.  The second mission – research – was firmly established.

By the middle of the 19th century, research was rapidly becoming the focal point of university activity. But with limited funding and relative autonomy, most academics sought to pursue a narrow teaching agenda and their own research interests. The commercial and societal impacts of a scholar’s research were rarely considered a priority, and private companies were completely frozen out. It took an entirely new breed of university to challenge the status quo.

In 1862, within the throes of civil war, President Abraham Lincoln signed into law an act that transformed higher education in the USA. The ‘Morrill Land-Grant Act’ enabled the foundation of new academic institutions across the US to provide tutelage in the practical subjects of agriculture and the ‘mechanic arts’, with a foundation in science. Vetoed several years before by Lincoln’s predecessor, the Morrill Land-Grant Act act finally came to pass thanks to an amendment stipulating that military training be provided for all students.

What did the act achieve?

The legislature had two main functions: it allocated federal land to states as an endowment for the establishment of new universities, and it created the US Department of Agriculture (USDA) to conduct and disseminate centralised research between the new institutions. Over time, this established a gossamer web connecting local producers and businesses to a common body of knowledge from the USDA – knowledge which could, in turn, be shaped by local conditions and ideas within the states. This network meant that for the first time, academic research could be directed according to community needs.

Why the focus on agriculture?

At a time of rapid population growth and increasing food demand, old farming practices were having a detrimental effect on productivity and the land itself. In some cases, the impact of old techniques was catastrophic. Monocropping had left farms and entire communities vulnerable to famine; the second half of the century saw devastating insect plagues across Kansas, Nebraska, Iowa, and Minnesota, which wiped out swathes of crops and land.

How did the new universities help?

Through annual events known as ‘farmers institutes’, the land-grant colleges could provide local farmworkers with practical, informal lectures on new techniques. Although, despite the need for change, many farmers at the time baulked at the idea of ‘book farming’. The hands-on, guided learning of the kind being offered by the new university system proved much more appealing.

Sounds like a roaring success. Indeed! The sheer demand for new insights and techniques from local farmers necessitated something altogether more ambitious. Beginning in Iowa in 1903, a new system of permanent, co-operative farms were created to conduct experiments away from campuses. Local farmers agreed to provide the land, funding, and labour for the project, and college academics would run the farms, the experiments and the tuition.

Where are we now?

Land-grant institutions in the USA were among the first to consider not just the discovery of knowledge, but the transfer of knowledge out of the university for the benefit of society. Academics in institutions around the world are now increasingly turning towards technology transfer, knowledge exchange, and research commercialisation to ensure that their work can change lives for the better. But what’s more, these life-altering inventions not only solve major challenges faced in the 21st century, they also create new products and markets worth untold value to the national and global economies. Thus, the question of who benefits financially from these innovations (and by how much!) arose.

Universities’ individual IP policies are now designed to address this question. For example, in the United States, the Bayh-Dole Act of 1980 gave universities (and other non-profit institutions) full ownership of inventions created by the academics they employ. This was a departure from a system in which the US federal government, as the ultimate funding body, held rights to all IP generated by academic activity. This means that now, universities in the US (and most in the UK) treat intellectual property created by university employees to be owned by the university.

In other countries, and in some UK institutions, universities take an ‘inventor owns’ approach, in which the lead academics are responsible for commercialising their own research. This includes some universities in Canada – for example,  the University of Waterloo – and all universities in Sweden. In this situation, the majority, or in some cases 100%, of the ownership of the invention is assigned to the researcher.

The jury is still out on which approach (university or inventor-owned) generates the most social impact from university research, but the way that a university chooses to approach their IP policy can affect everything from their ability to attract entrepreneurially-minded researchers, to how much they invest in or prioritize a Technology Transfer Office. Regardless of how the details shake out, the pervasiveness of IP policies shows that the emergence of a fourth, financially-focused mission of higher education may be underway.

IN-PART is an online matchmaking platform that simplifies the initial connection between teams in academia and industry to establish partnerships that get ideas out of the lab and onto the market.

Launched in 2014, we now work with over 230 universities and research institutes worldwide, strategically matching promising academic research to relevant R&D professionals from a network of 5,500+ innovation-driven companies.

Request a demo of our service for universities or, if you’re in a company, register for free access.